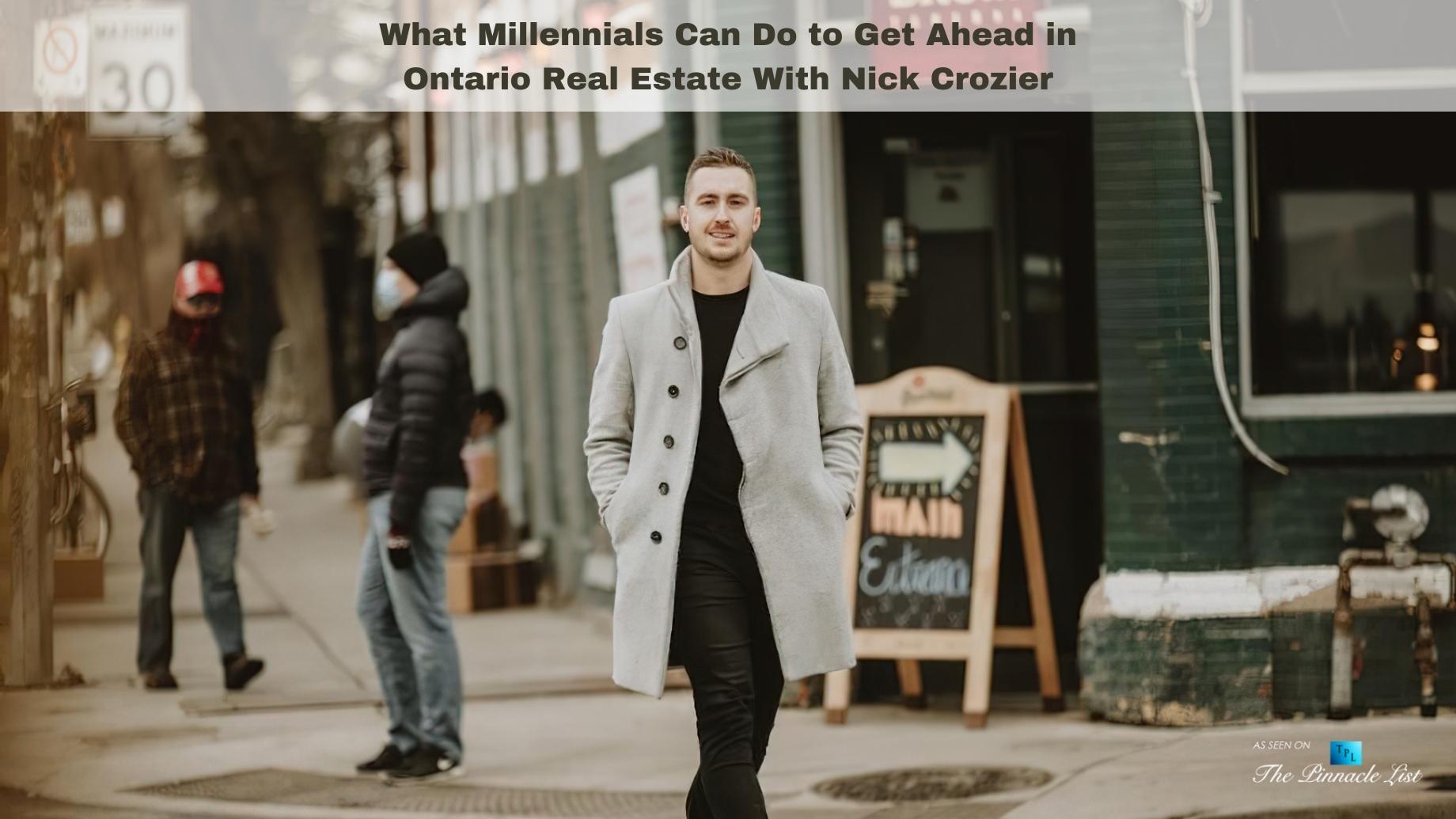 Nick Crozier of Crozier Realty has some tips for younger people who don’t think they’re ever going to be able to afford a home in Ontario.

Crozier says that many of his younger clients struggle to find homes they can afford within Toronto and the GTA. The fact of the matter is that price points within these markets are averaging in the $1.4 million range, making saving up a daunting task.

He explains that even less expensive properties within these hotspots can be unattainable through just saving alone. The market continues to grow and appreciate at a rapid pace, and that appreciation rapidly outpaces the savings capacity of most people in their 20s and 30s. However, there is a way that young people can get their foot in the door and start heading towards the home they’re ultimately looking for.

Crozier calls his specific approach to helping these people the “one step backward and three steps forward” method. That’s because, taking a look at just the first steps, it seems like home buyers aren’t really getting what they’re looking for. In order to eventually get the home they want in Toronto or other areas, first-time homebuyers might have to compromise and start with a home that isn’t everything they’re looking for.

By finding a home that isn’t necessarily ideal, one that might be 45 minutes to an hour outside the city, homebuyers can find a point where they can enter the market. Entering the market is the crucial first step. Crozier explains that once inside the market, appreciation is no longer working against the homebuyer. Instead, they’re building up equity that will eventually serve as their foundation to find the home of their dreams. The mortgage then becomes a forced savings plan while earning appreciation.

In fact, Crozier says that many of his clients have successfully put this type of plan into action. By purchasing homes that didn’t quite check all their boxes, they were able to eventually get a home in the area they were looking for initially. Some clients have done this in less than three years.

No matter what the specific objective of the homebuyer, the best way to get started is to get a preapproval and start looking from there. Crozier recommends working backward from what most people might think the home buying process might be and finding what they can afford now based on the preapproval, instead of finding a property and trying to find a way to get approved for that amount.

Crozier has had quite a winding path on his way to establishing the team at Crozier Realty. He had started out with a degree in Kinesiology from York University and eventually became a firefighter. Through all of his efforts, including his time in Major Junior hockey, Crozier found that he craved an environment where he could put in the hustle to thrive.

Real estate was always an area that seemed to fit that description, so Crozier set out on his own working as a real estate agent. He became part of a major real estate team and developed his skills and expertise there. Eventually, it was time to establish his own team, and Crozier Realty was born.

Today, Crozier Realty provides services for both buyers and sellers from Durham region west to Hamilton and everything in between. Crozier and his team strive to help educate new and old clients on the endless possibilities with real estate whether they are entering the market or looking for that forever home.